Keeping chickens safe from predators has to be top on your list of priorities. There are several animals around the World that will prey on chickens and it’s your job to keep them safe and not letting them become part of the local wildlife’s food chain!

In the United Kingdom, the number one predator for chickens is of course the fox but did you know that some people also have badgers killing their chickens? Most inexperienced people will think a fox has visited however this isn’t always the case.

A fox is opportunistic, he will visit your garden regularly (a little tip, if it snows, go out and have a look for paw prints to see if foxes are visiting and how close they get to your chickens – you might be surprised!) and the one night you forget to lock up your chickens… he’ll visit.

There is more information about foxes and how to tell if it was a fox that took your chickens on the Foxes page under the Pest and Predators menu. 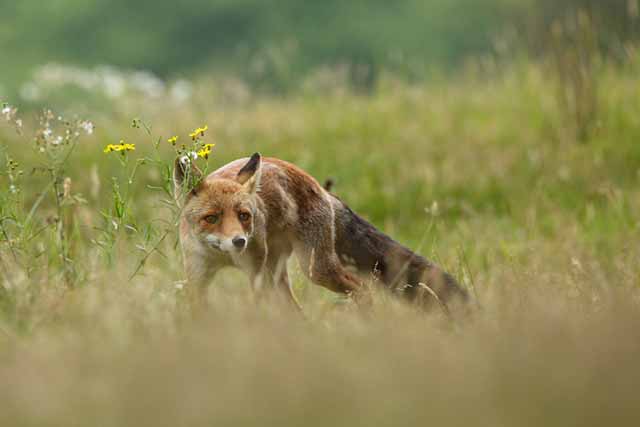 Badgers are incredibly strong and if they are hungry, they have been known to tear off wooden panels of chicken houses that aren’t secure and tear open pop holes to get to chickens. They will usually kill and take one bird but might come back for a second. They usually work alone.

Mink, Stoats and Weasels can all be a problem but are far less common in most parts of the UK.

Cats aren’t generally a problem to fully grown chickens and mine have never bothered with young ‘growers’. They seem more interested in chicks though and shouldn’t be trusted. Some people have had problems, usually with a specific cat in the neighbourhood and with smaller bantam chickens. It’s very difficult to keep cats out completely. 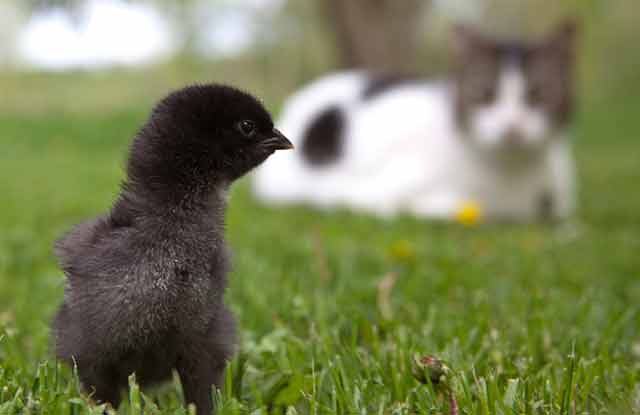 Yikes… I won’t be trusting you in a hurry.

Pests such as rats and mice can be a problem as they spread diseases, eat valuable feed supplies and (rats) can steal eggs and gnaw at doors, wires and even chickens feet. Usually only one or the other are present and rats can be quite discreet so if there are no mice then be suspicious of rats!

There is more detailed information about Rats and Mice under the Predators menu.

The prevention of Damage By Pests Act